This post follows the morning version with the same title. You don’t have to read that one first if you don’t want to but this one refers to it.

I gave up hope of finding a sweet little place to eat lunch near the Days Inn about the same time that the cute Montevideo coffee shop of my imagination failed to materialize. With a sigh,  I joined thousands of Montevideans taking their lunch break at the Tres Cruces Mall food court.

At first I wondered if McHamberguesa might be on the menu, but I saw a sit down restaurant that might be my imaginary sweet little lunch place. After being ignored by the waitress, I defaulted to a takeout sandwich place for a ham and cheese croissant. It reminded me of an Irrelevant Show sketch that pointed out how airport croissants manage to maintain just the right blend of soggy and stale.

Back at the hotel, I asked the desk clerk where I  could find a dinner place within walking distance. “Near here? Nothing.”  He handed  me a card for a place in the downtown area.  But, in the Spanish tradition,  the restaurant didn’t open for dinner until 8. How to while away more than 7 hours until then?

I’m not sure why but I couldn’t accept that there was no place to eat near the hotel before 8 pm.  Maybe it was the realization that I’d be famished by then, or the unappetizing thought of spending the afternoon alone in my room. Whatever it was, I headed out once more from the hotel in the one direction I hadn’t explored that morning.

Among the pizza and beer joints that I  thought might do for an early dinner, I saw a crowd of people milling around what appeared to be a popup sidewalk print shop. 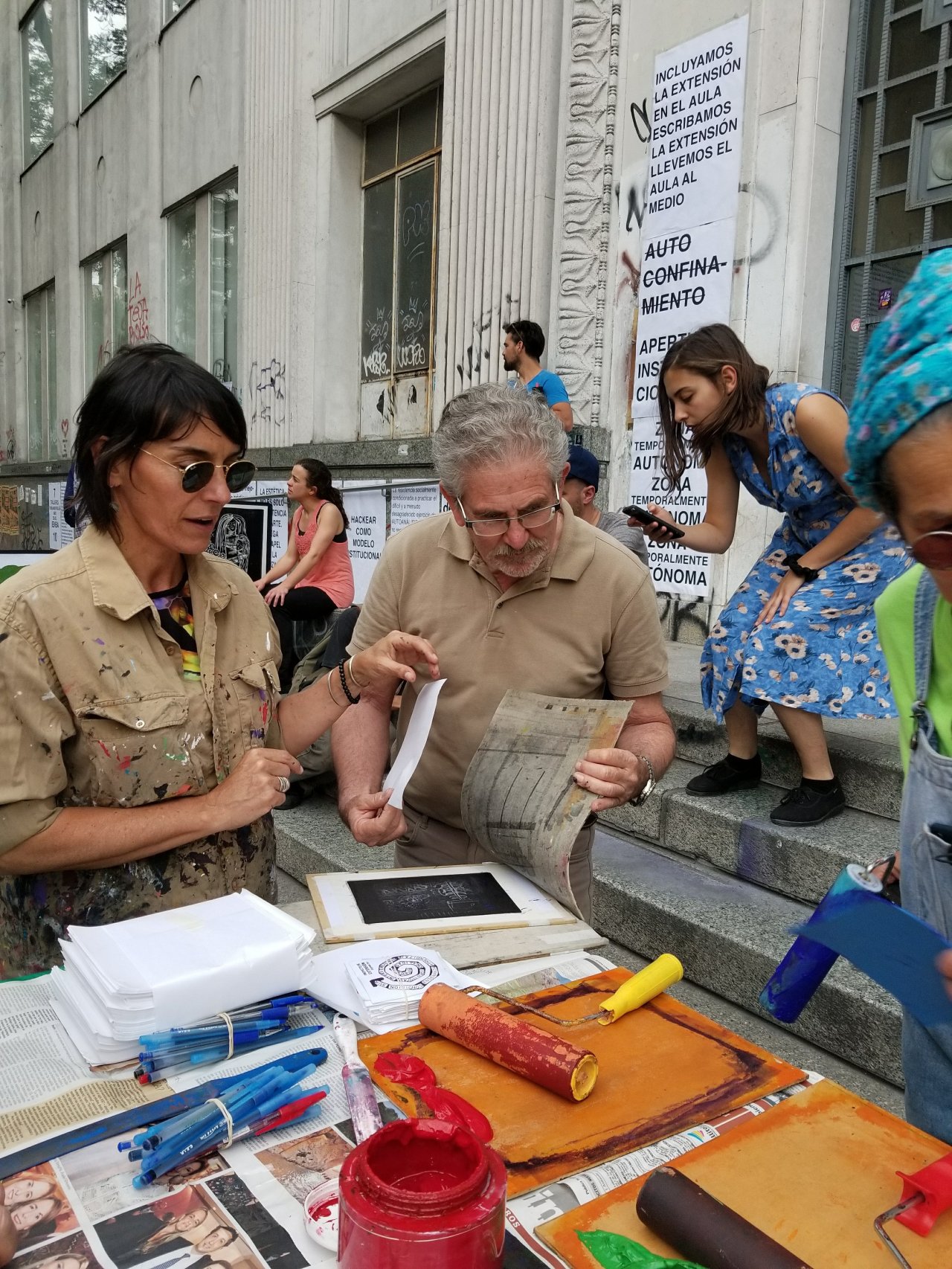 A young man standing nearby spoke to me in Spanish but when he could see I didn’t  understand, he beckoned a female colleague over. “Would you like to make a print?”

She guided me through the drawing process and then production began.

Happily, I had stumbled onto the open house of the Institution Escuela National de Bellas Artes, a visual art and music university.  When Helena, my English-speaking guide and an art therapist, heard that I had arrived from a Canadian university to teach teaching to instructors, I  got the full open house tour.

I loved the focus on involving youth in the arts. One project involved exploring South American identity through literature and asking kids to respond visually to the stories. It also looked as though a few local youth had dropped by to express themselves in less formal ways. 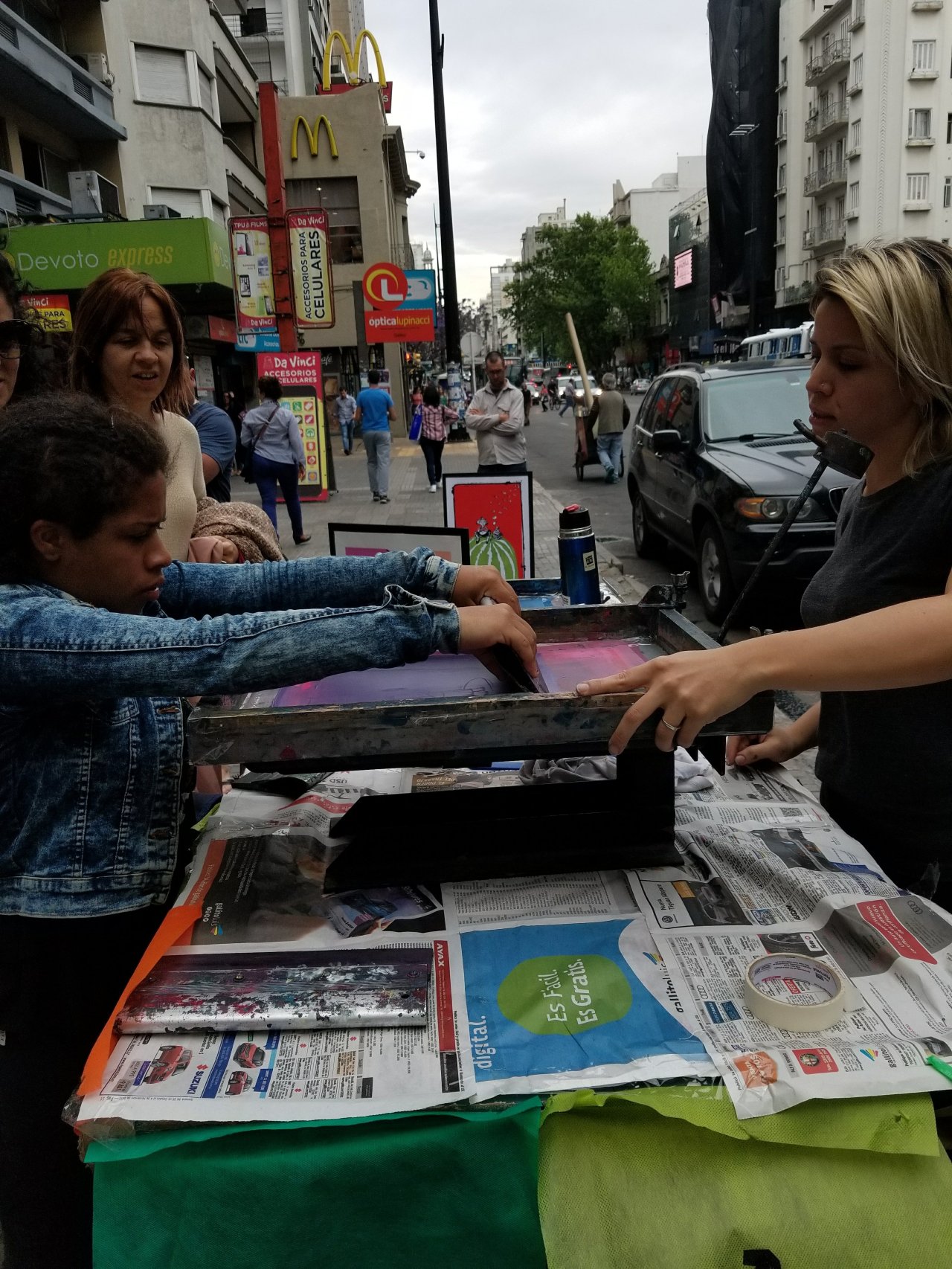 I couldn’t resist one more printmaking try myself. With the expert assistance of two other faculty members, this one was more successful than the first.

While it’s true that my new adopted neighborhood was a little short on great eating experiences, my unexpected arts experience had left me feeling totally satisfied. 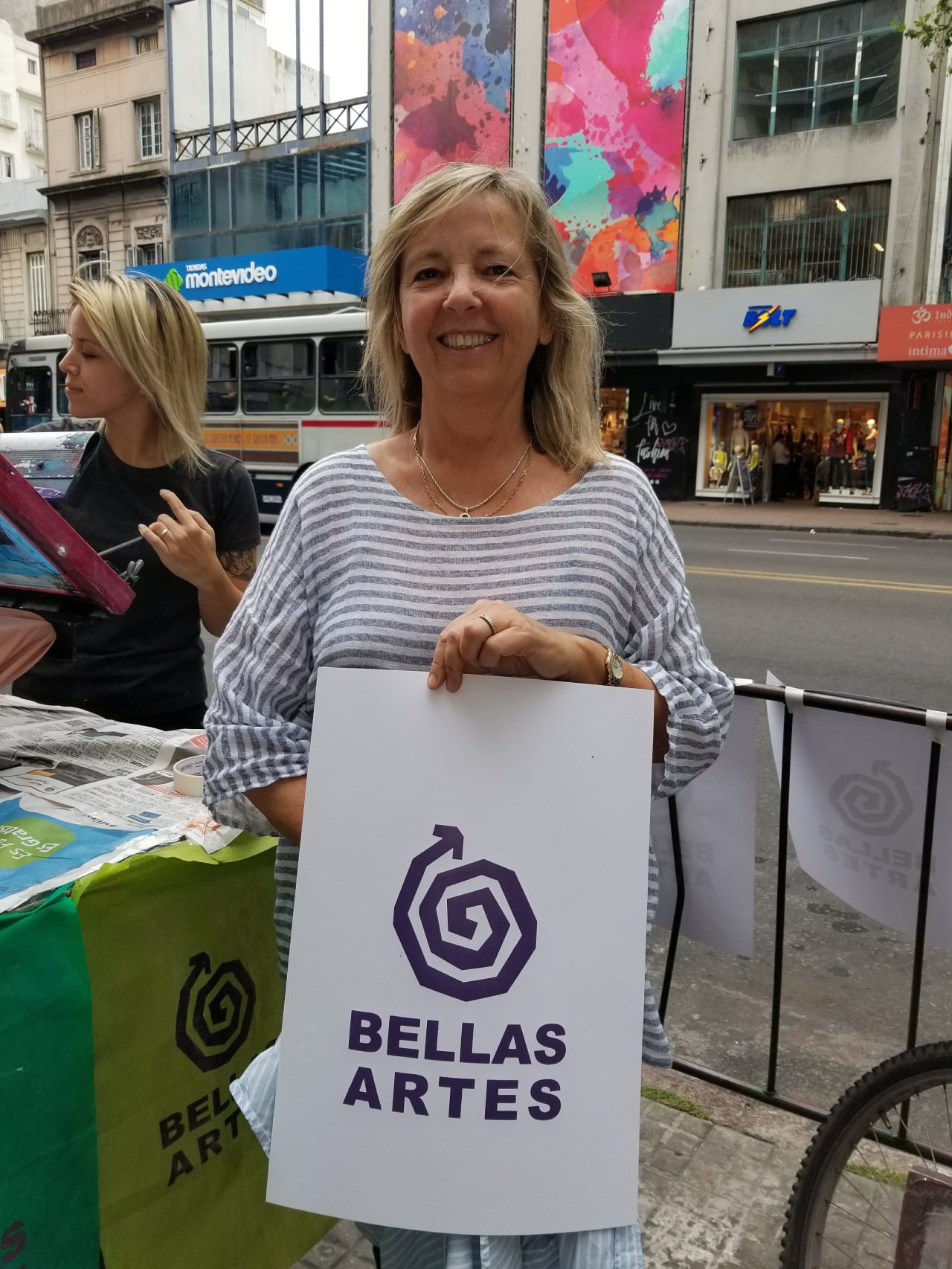 2 thoughts on “What use is sitting alone in your room? (afternoon version)”