Maybe it’s because I come from a landlocked Canadian province. Maybe it’s  the rhythm of the waves, their constancy reminding me that while most things change, some things never do. Maybe it’s the Montevideans, who, like me, can’t get enough of walking by, playing near, or gazing out at the shoreline. But whatever it is, I’ve loved my two weeks of living by the water in Montevideo.
The changing colors of surf and sky have mesmerized me at all hours of the day and night. 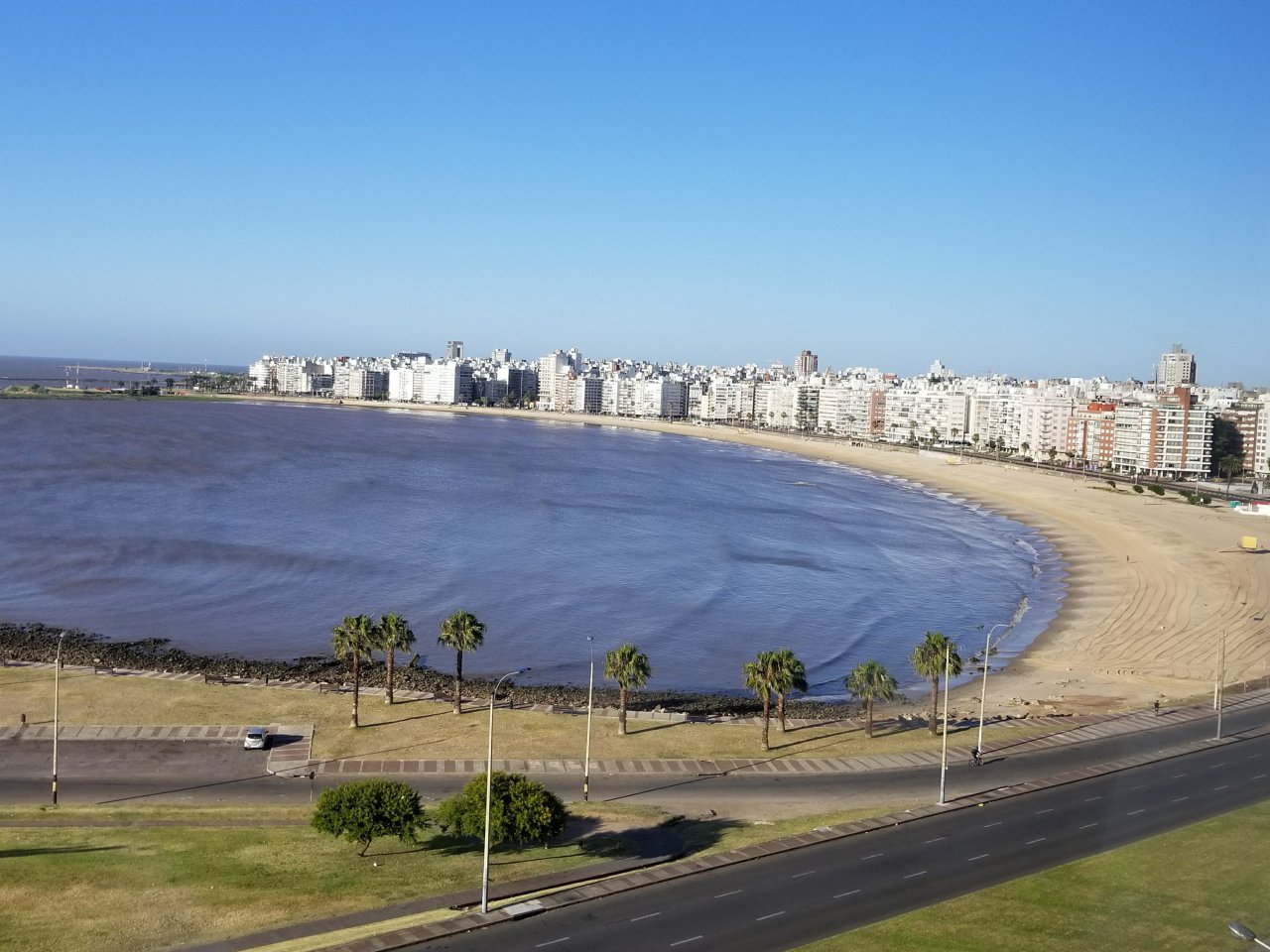 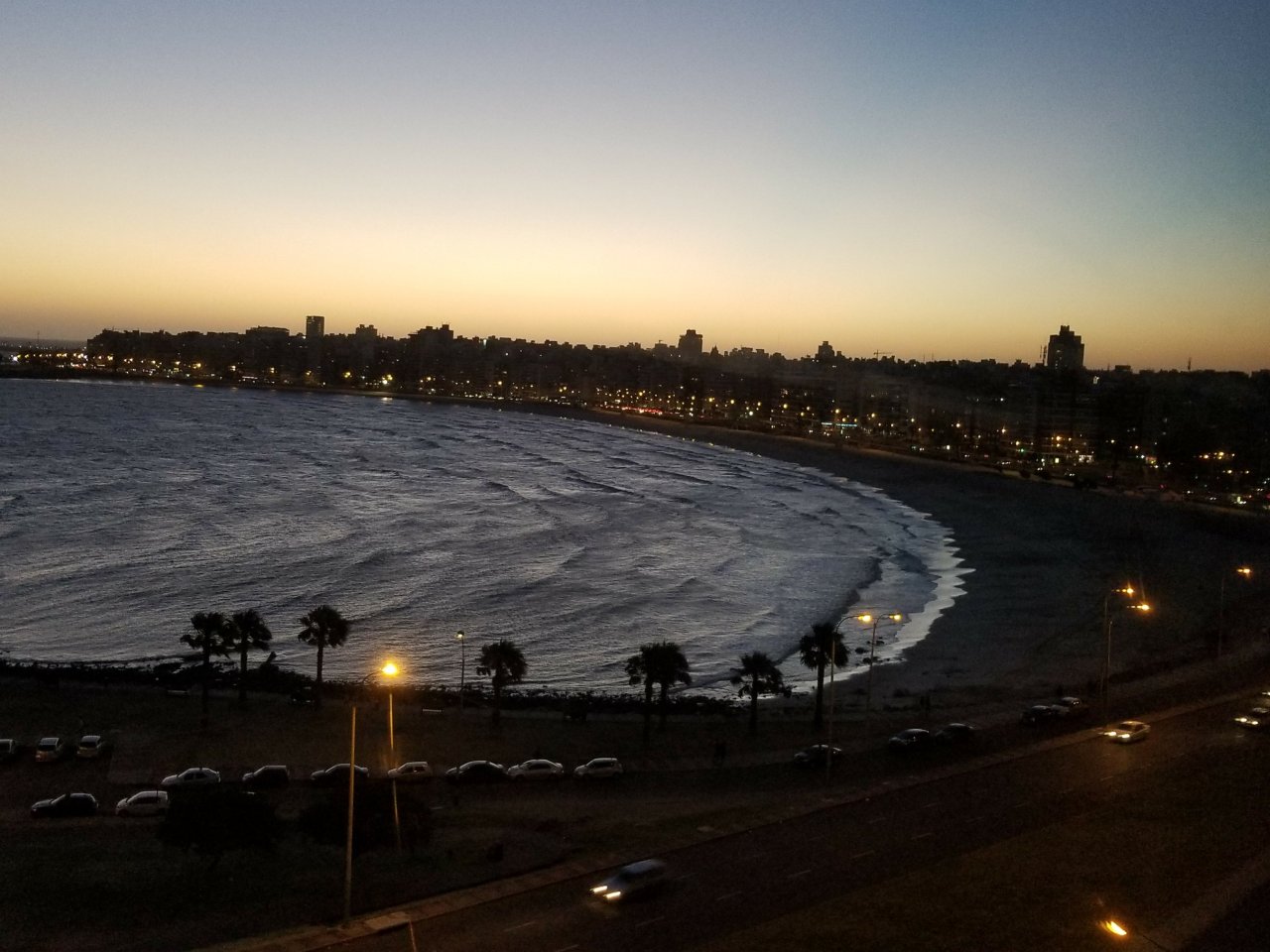 I’ve stared out the back of an Uber, packed up against colleagues on our way to a business meeting, wishing I were one of the photographers braving the spray of waves jumping over the breakwater on a windy morning. After the meeting, I’ve tramped along the sand, that same wind roaring in my ears, and wondered what it would be like to have an ocean to wander beside every day after work. 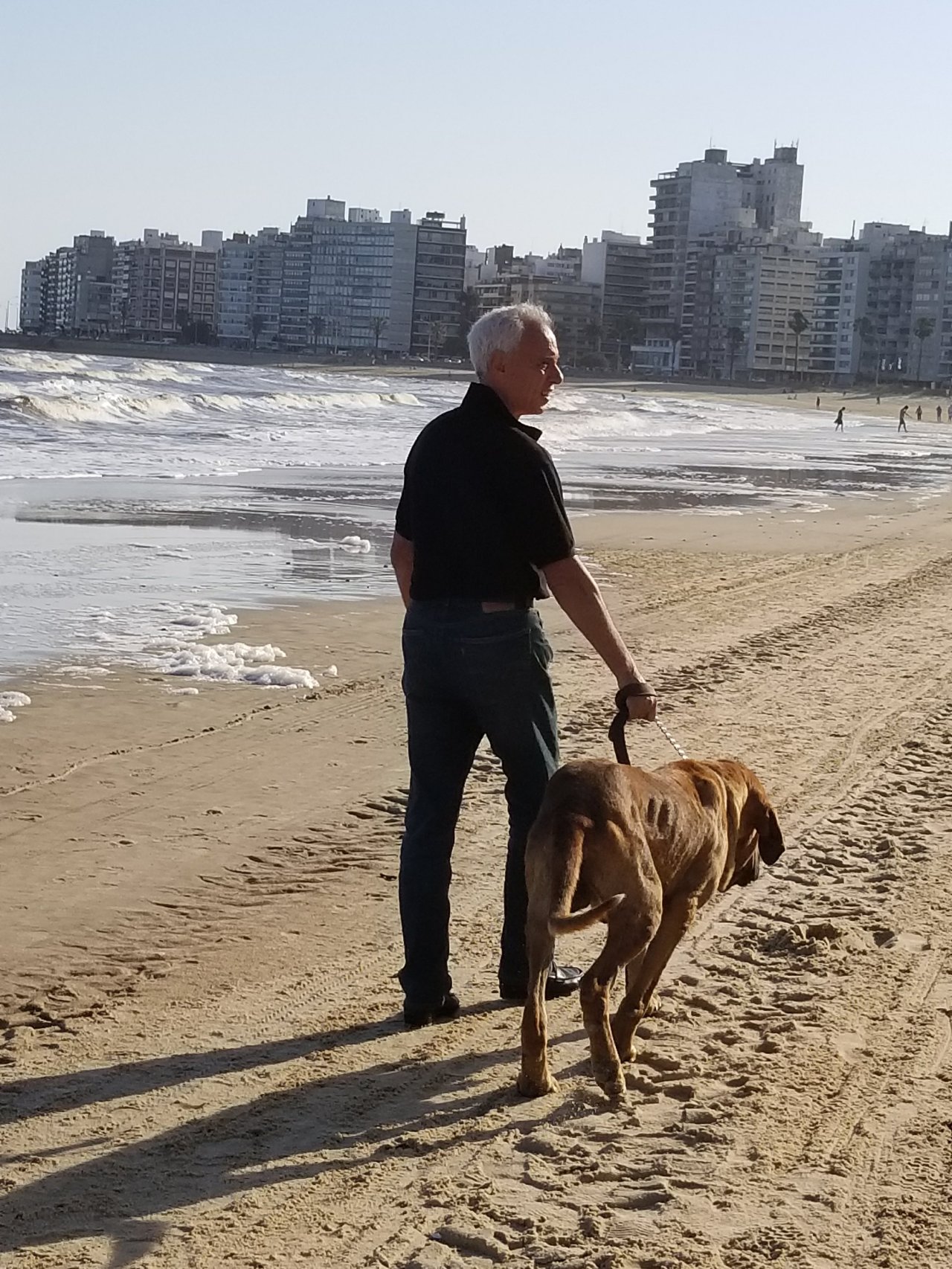 And then, I found out that the ocean I’ve been sighing over isn’t an ocean at all: it’s La Rio de la Plata, the silver river, and the widest in the world, 222 km at its mouth. It forms part of the natural border between Buenos Aires to Montevideo, where it provides a deep harbor for cruise ships and the freighters I’ve seen riding at anchor on the horizon.

Montevideans say that while Buenos Aires turned its back on the river, they preferred to face it. This is one Canadian who’s glad they did.

3 thoughts on “Somewhere down the crazy river”