A bunch of the boys were whooping it up at the Malamute Saloon.

Well, actually, it wasn’t just boys and the saloon involved was the Westminster, a fuschia pink and white establishment across the street from our hotel, the Eldorado.Our Dawson City tour guide had told us earlier that day, that if we hadn’t seen any wildlife yet, we were certain to see some that night in and around the Westminster.

So the whooping didn’t come as any surprise, especially since it was St. Jean Baptiste day, and Dawson has a large Quebecois population.The fact that the whooping went on until 2 am did, especially since the Eldorado was full up with weary tourists, who had to choose between 1) lying awake with windows open to catch some breeze; 2) closing their windows and listening instead to the rugga-rugga of the room air conditioner; or 3) turning off the air conditioning, keeping the window shut, and sweltering.

As I lay awake, having cycled through the options and settling on #1, I realized we were getting a taste of the trail of ’98, albeit with a modern day twist. Dawson City is like that. It skillfully presents its gold rush heritage and its literary history (Robert Service, Jack London and Pierre Berton all lived on Writers’ Block at the edge of town) without a trace of Disneyesque kitsch. At the same time, it balances taking care of the 21st century needs of tourists and its diverse residents – artists, historians, business owners, hipster hippies and an assorted collection of off-the-grid characters.

All of which makes it a delightful place to experience. I’ll leave you to wander Dawson’s quiet gravel streets, its historic buildings, and its local color on your own.

The Bank of Commerce where Robert Service worked

Piano player at the Downtown Hotel 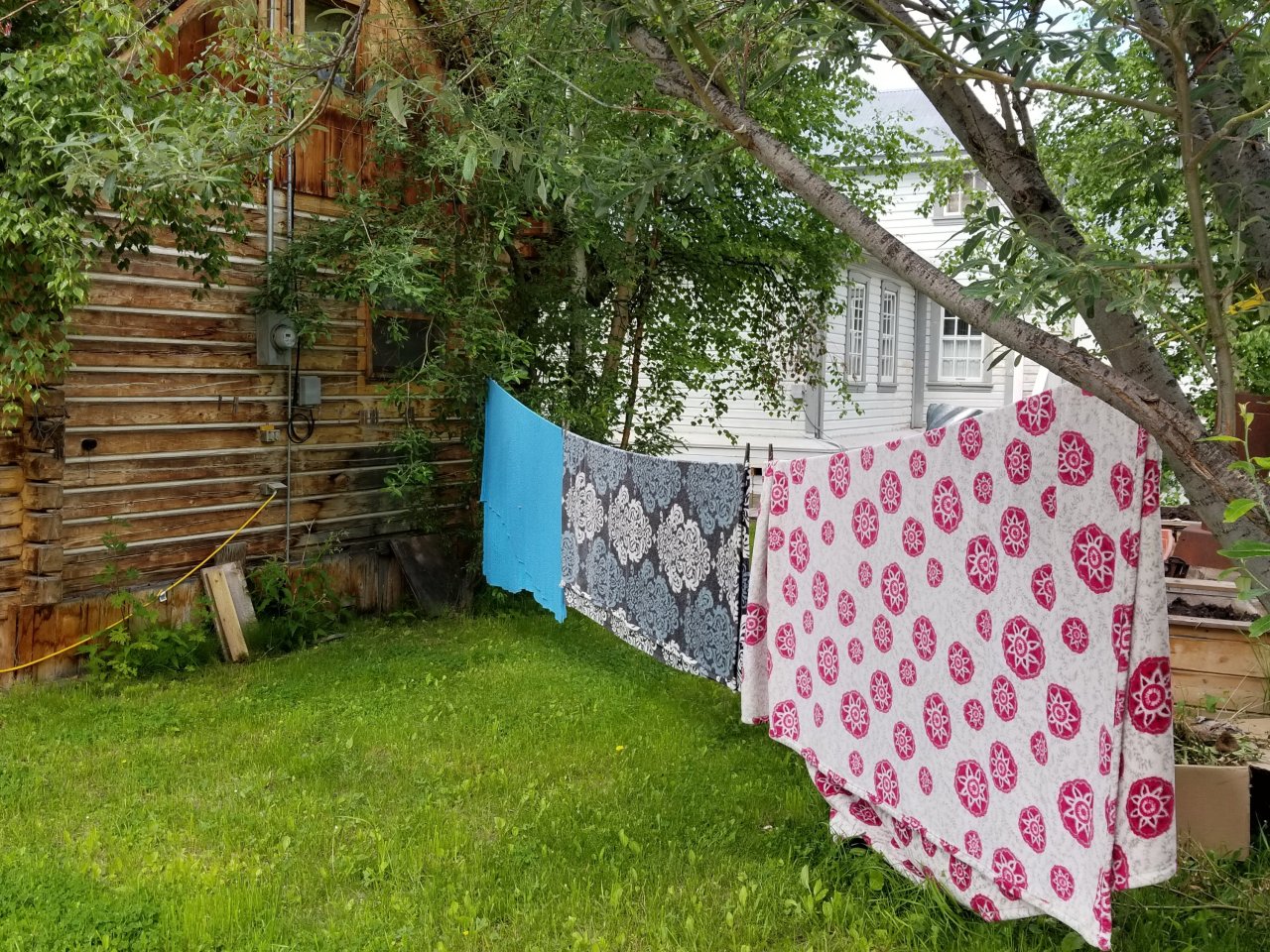 4 thoughts on “Leanin’ in to Dawson”