I’m a huge fan of taking walking tours when I’m visiting a new city, especially when I’m travelling on my own. Not only do I get a street level view of the place I’m calling home for a few days, but I have the chance to mingle a little with the locals and hear stories and tidbits of information I’d never find out on my own.

I discovered Waraido Guide Network‘s 5-hour walking tour of Kyoto via my Fodor’s guide to Japan, but their pamphlets are at all the info centres in Kyoto, under the title Walk in Kyoto, Talk in English. Given the late July heat and humidity, I wondered if it was a wise idea to commit to  a 5 hour tour. But there were lots of stops along the way in shady spots and air-conditioned shops.

Maybe the heat kept people away the day of my tour, because only 5 of us showed up. This made it easy to interact with each other and with our guide Waka, a Kyoto native. Her knowledge of and pride in her city were obvious as our little group ambled around together, chatting, swapping stories, and asking and answering each other’s questions.

We began with a lesson on differentiating the angles of Japanese bows-  a 15° angle to say hello, 30° for greater respect (all the staff at my hotel have been acknowledging me this way), and 45° to show very deep respect or a sincere apology. “Now you’ll know how to interact with the locals youll meet on our walk,” said Waka. 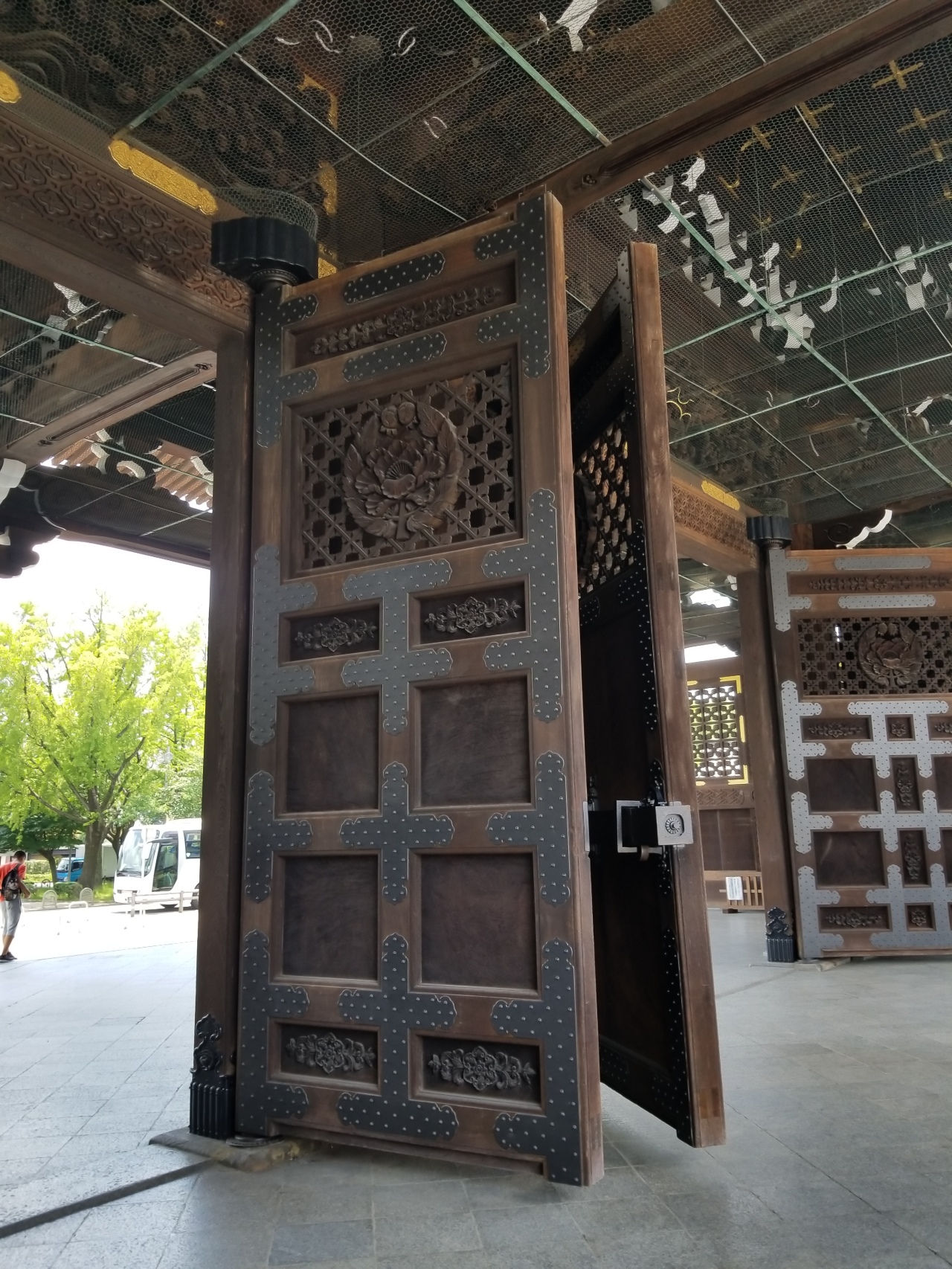 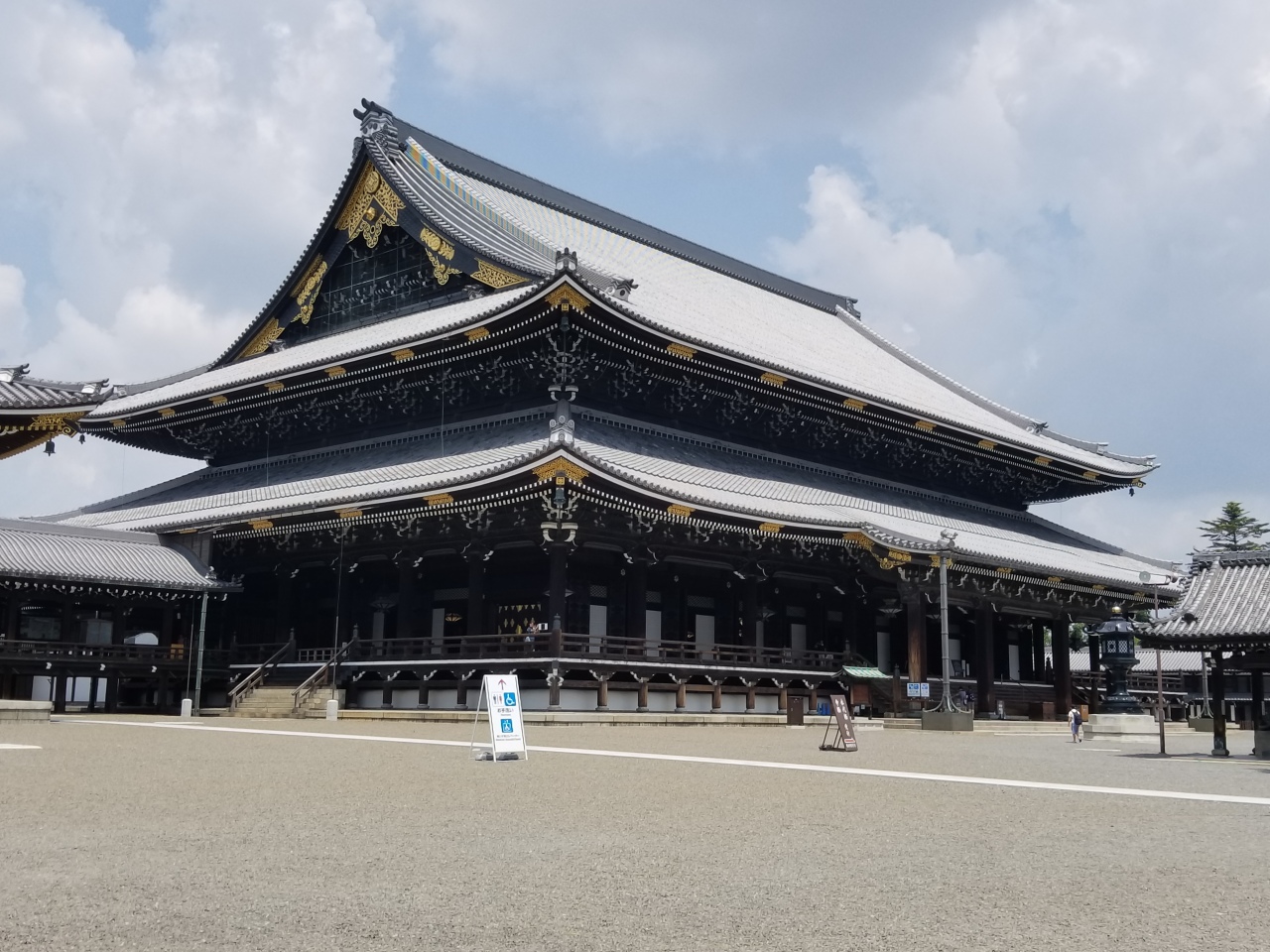 Our first stop was at one of Kyoto’s 1600 temples, Higashi Honganji, a massive wooden structure still attended by many Kyotoites every morning before they go to work. We slipped our shoes off before going inside and kneeling on tatami, the woven mats on which Buddhists offer prayers. A family was coming in with one of the monks for a memorial service and, to my surprise, we were allowed to stay to hear him say a sutra.

Spiritual beliefs of two main types are woven into the fabric of Japanese life. Buddhism is one, Shintoism the other. Shintoism is a form of animism, a belief that gods exist in and for every aspect of life. On our walk, we visited three Shinto shrines. The first is devoted to academics, which Waka told us is particularly popular among students taking exams. The second addresses women’s needs and gave us the chance to refresh our water bottles from a stream originating deep underground. The third features Japan’s largest bell, an 8-ton megalith that is struck 108 times on New Year’s Eve. The figure symbolizes the number of desires that Shintoism believes reside within us being swept away to give us a fresh start at the beginning of a new year. 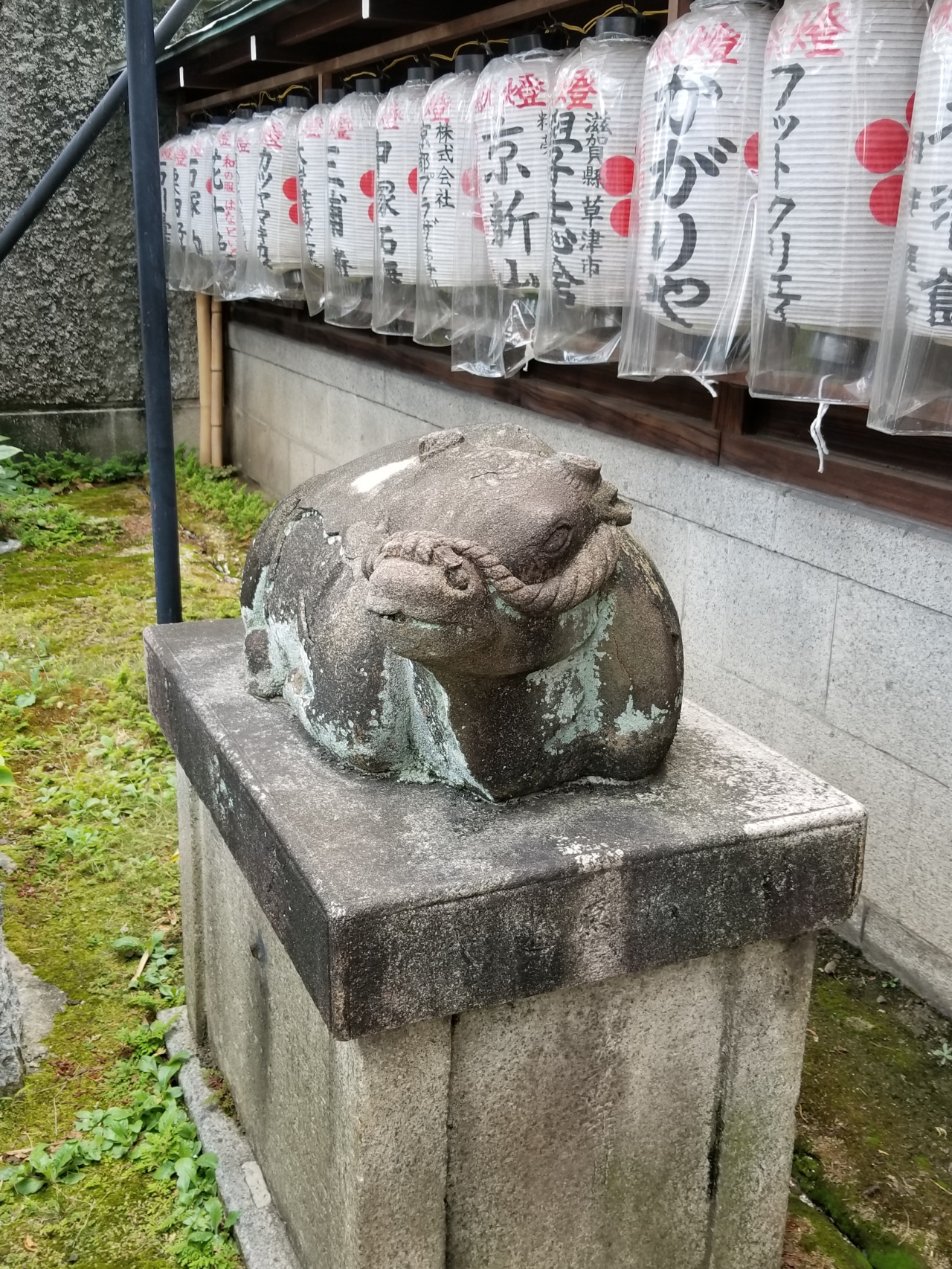 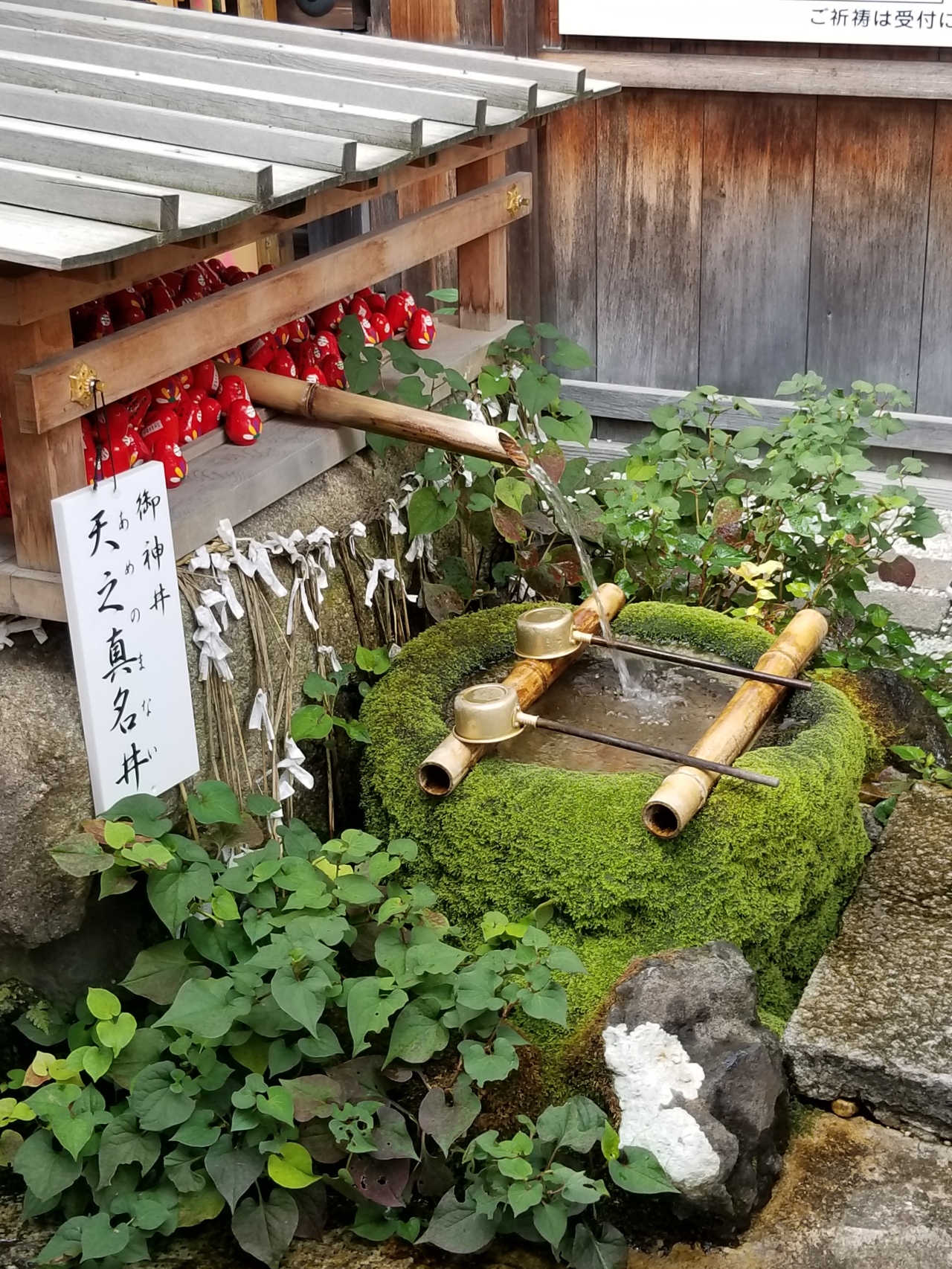 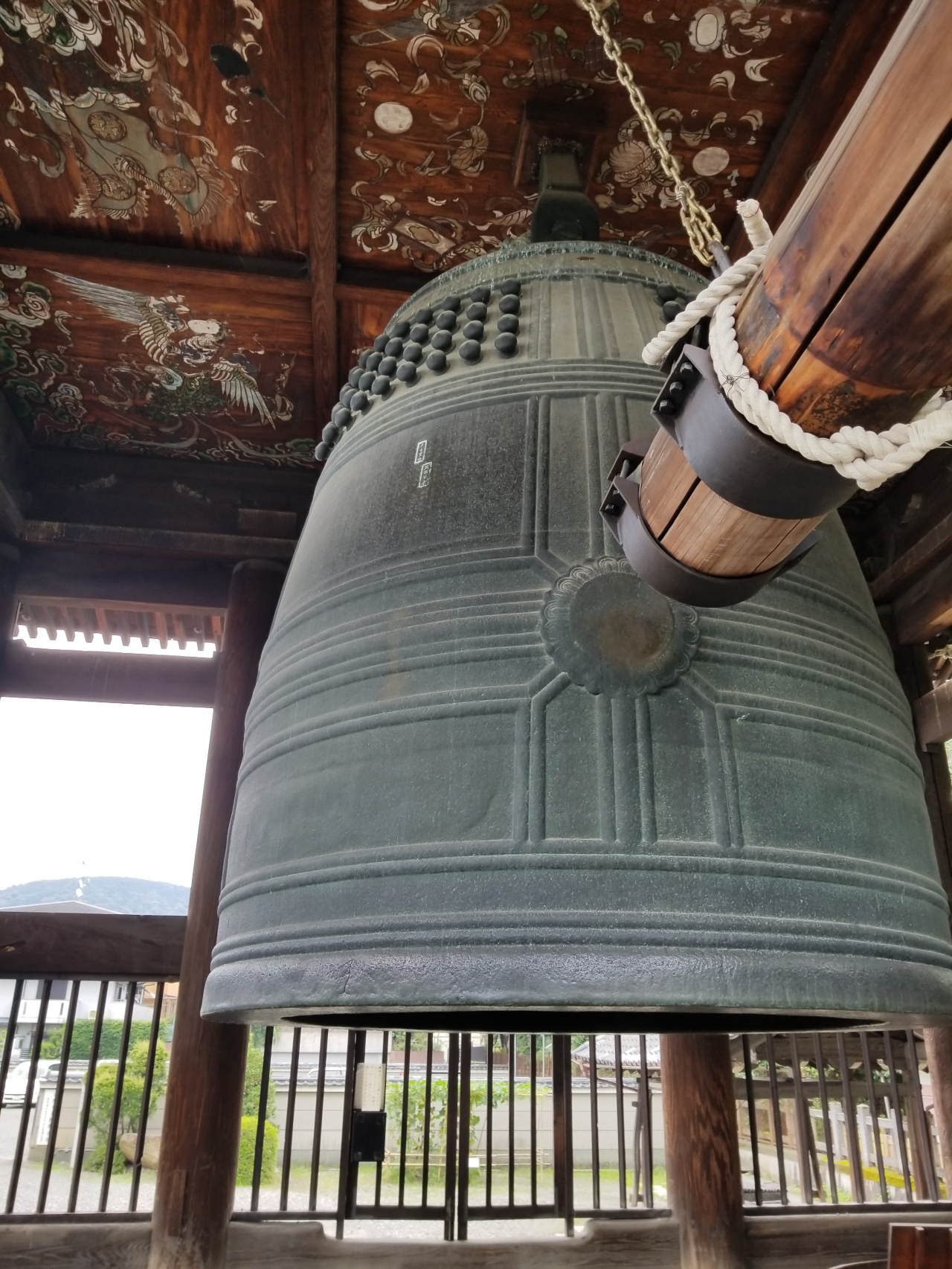 One of the best parts of the tour route was that it wound through Kyoto’s narrow back streets, giving us a glimpse into cottage-industry workshops. Some had their doors open but no one was around. We peered into a quiet tatami making shop and a little tofu factory, owned by three sisters all over the age of 70. Waka told us that they get up at 2:30 a.m. every day to have their product ready to sell at a local market so their work day was finished by the time we visited later in the morning.

A fan making workshop, however, was humming with activity. Each employee is the most recent member of several generations of fan makers and has a specific job to do to produce the artistically functional products we saw in the front shop. 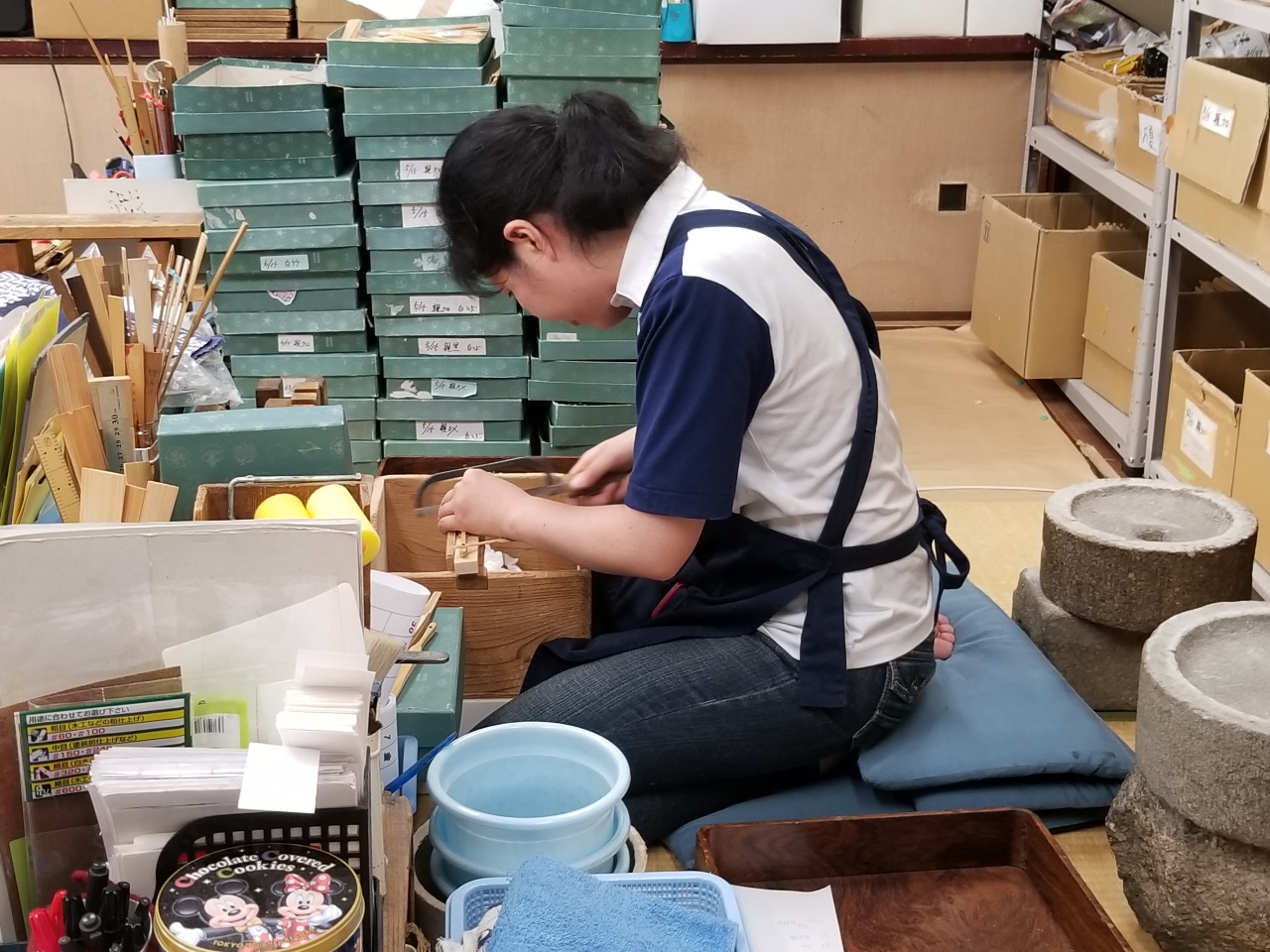 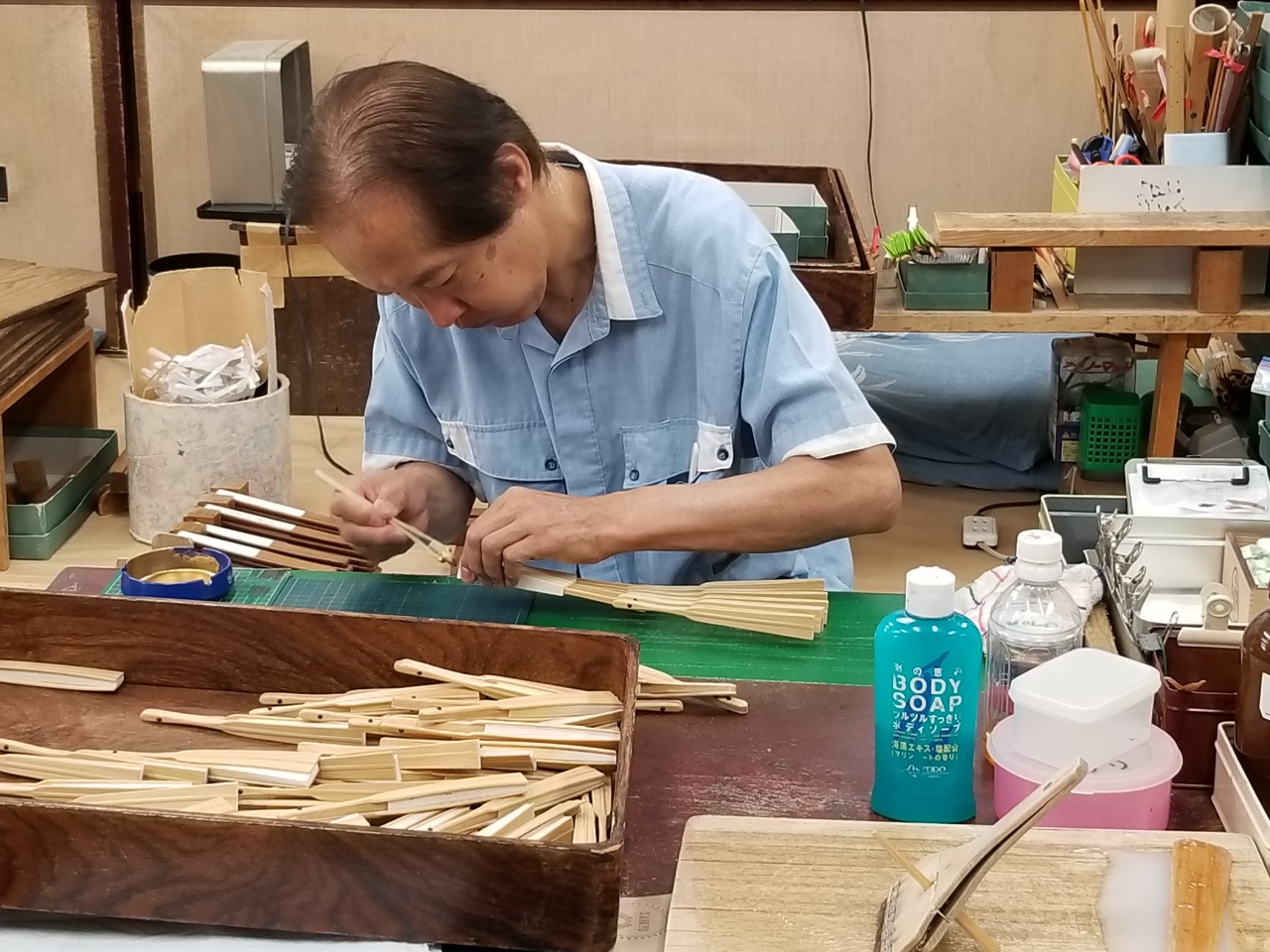 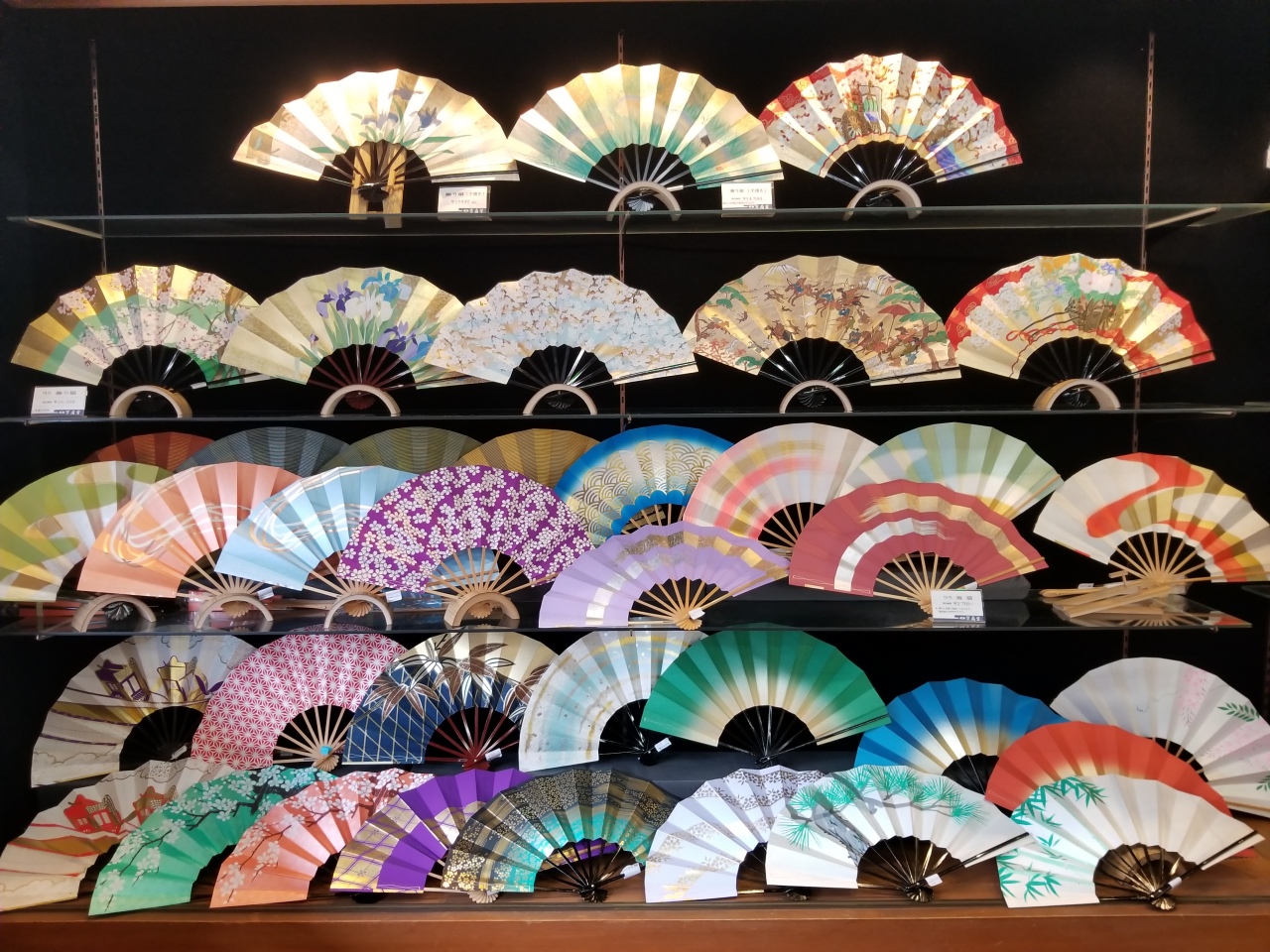 There were also some serendipitous sights for us to see. A local resident was polishing the lacquer on his lanterns for the Gion Festival, which takes place in Kyoto throughout July. A potter, a woman whom Waka told us is over 80 years old, bustled back and forth between her studio and a truck delivering the supplies she needed for her craft. A delightful urban garden welcomed us as we walked past. 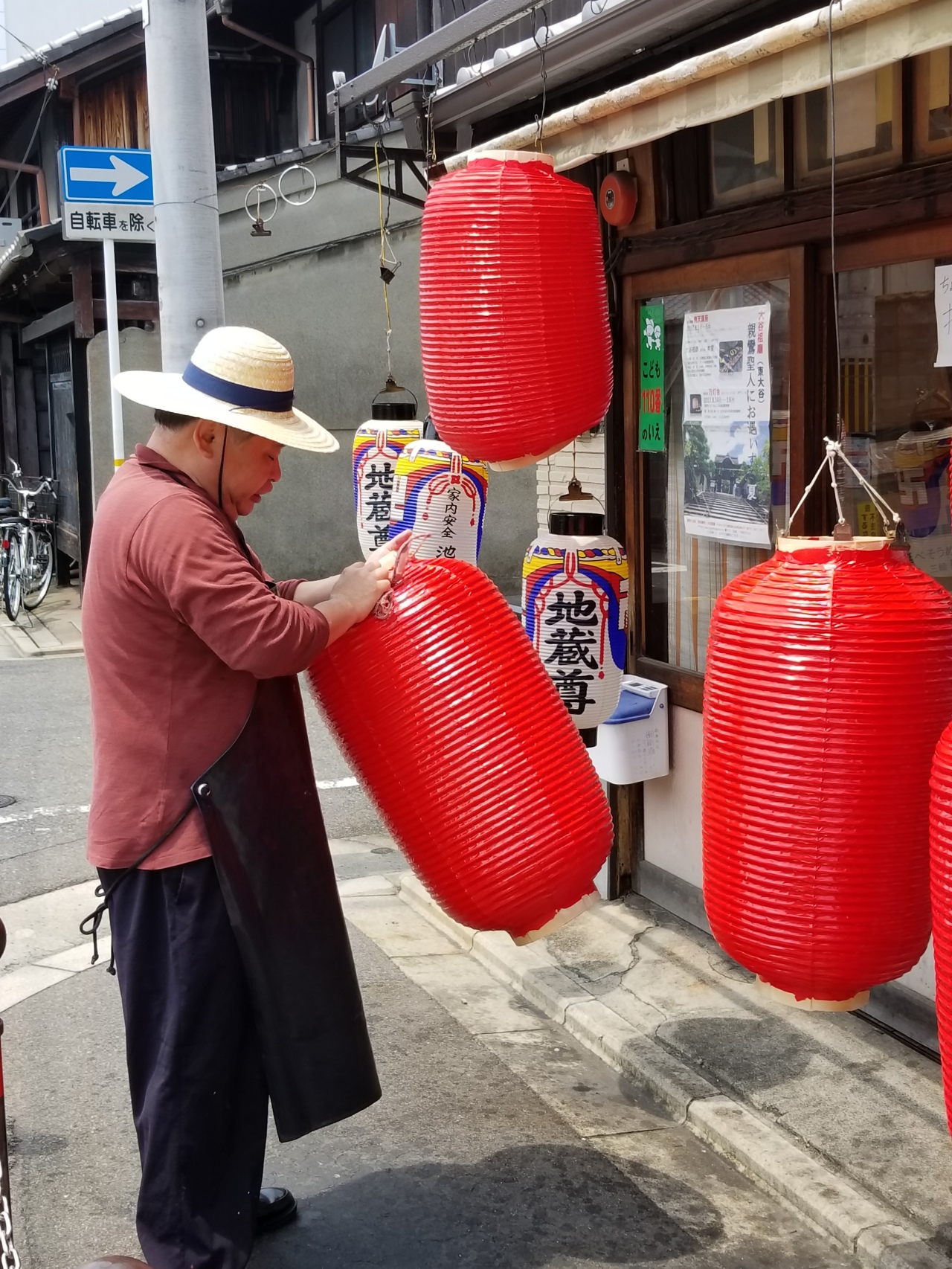 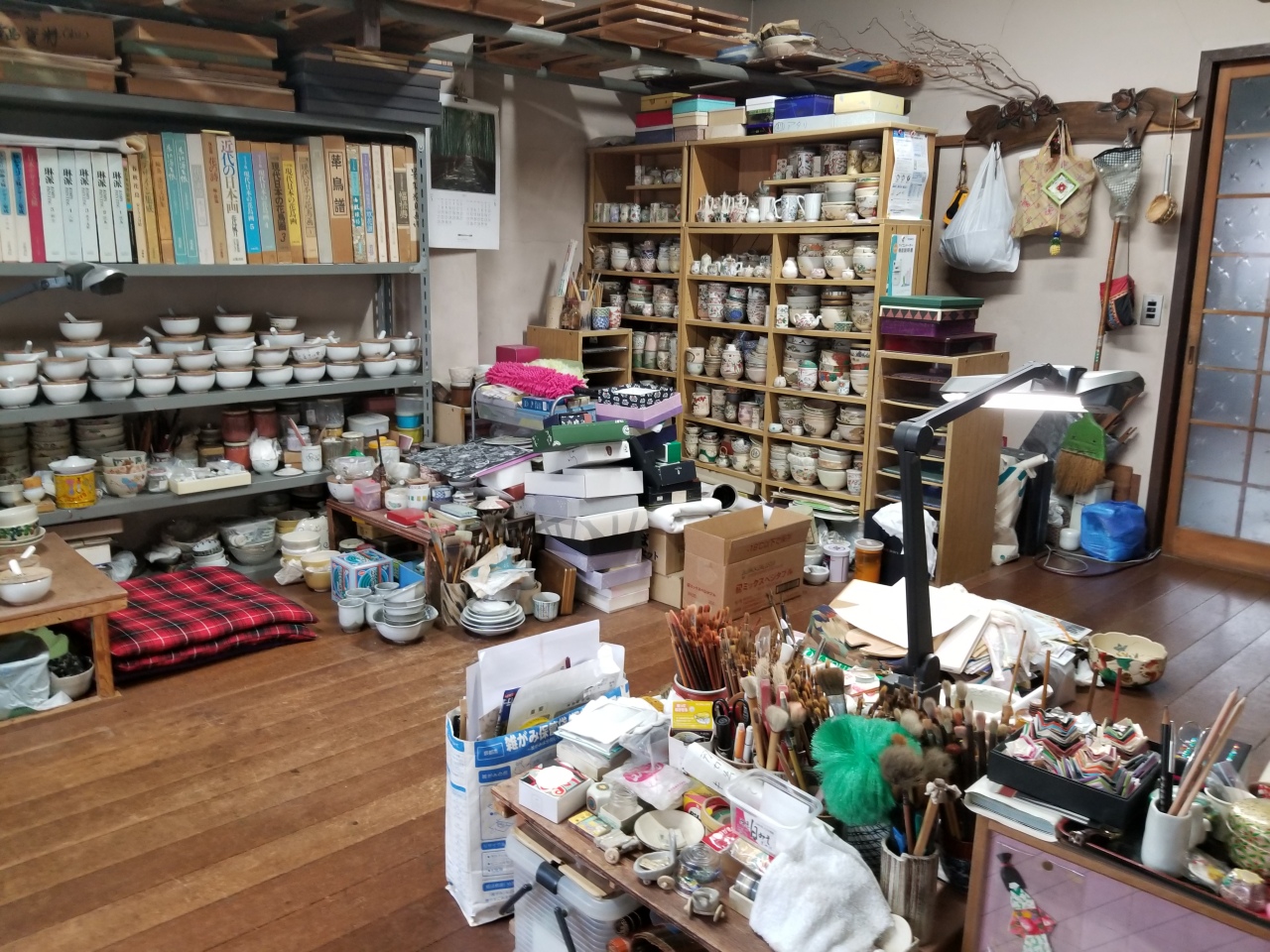 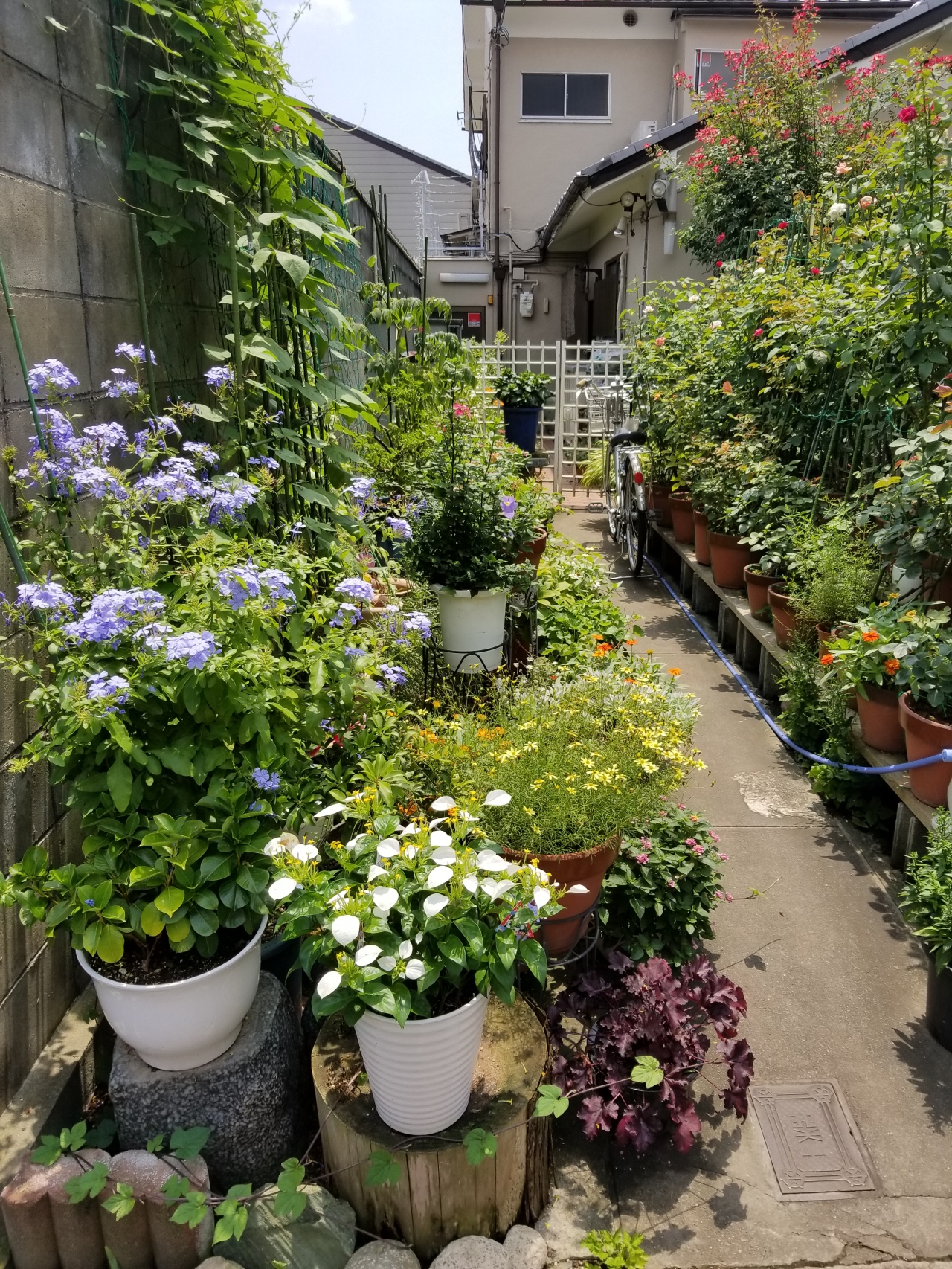 Unlike tours I’ve taken in other cities, this one gave me a taste of the daily working  lives of Kyotoites as well as the courage to explore more of the city’s little side streets on my own. With the help of the tour route map we received, I  was able to revisit the fan shop and choose a fan at my leisure. It’s now on display in my living room back home, a delightful memory of a delightful tour. 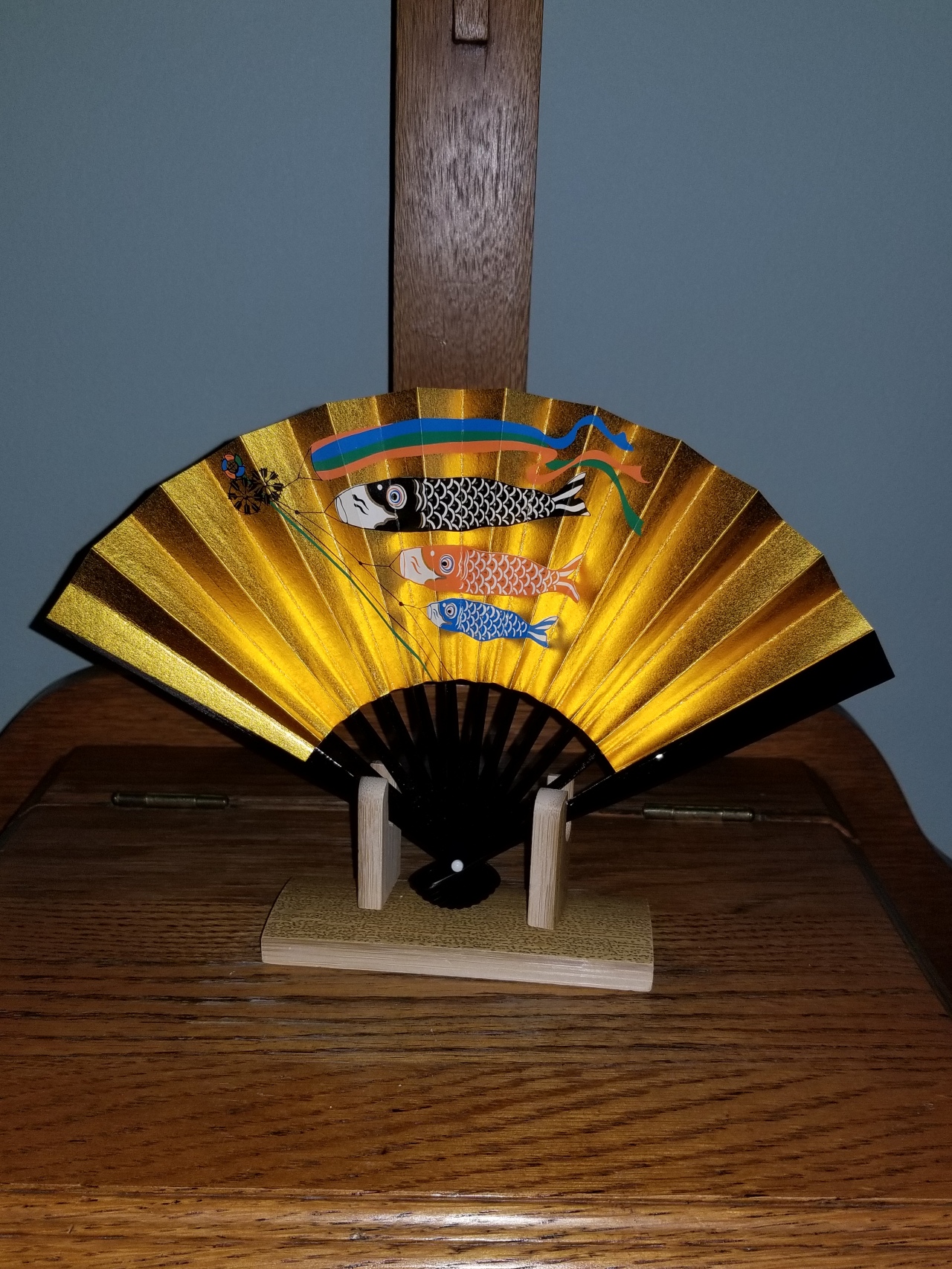 6 thoughts on “Walk and talk, Kyoto-style”